It’s been a very tense atmosphere in Grime since mid-2021, starting with The Igloo community travelling up and down the country to clash in cities across the UK, and kicking off again in the last couple of weeks with dubs flying about everywhere. If you’ve missed any of the action, and are trying to catch up with the going’s on so far, check out our comprehensive & chronological list of every war dub released during this sending season!

The first official war dub to be sent, ‘Sheep‘ came from Welsh MC and former Asteroid Boys frontman Benji Wild, aiming at Wiley, K9,  Jammer, and London MCs as a whole after going back and forth on Instagram in a conflict started by the rumoured Igloo vs Wales clash.

Coming as a sequel to 2019’s ‘North London Flows‘, Reece West and Subten linked up again to send some very subtle jabs to those calling their names, seemingly replying Mob Set‘s Renz who had been calling them out on radio sets in the months prior.

Dropping his first official dub in the war, Renz started the year by living up to his self-appointed nickname of ‘Grime Scene Antagonist‘, calling out Reece West, Subten, and GHS.

Wasting no time in directly responding to Renz, GHS returned from a brief hiatus with ‘Steady‘, which has unfortunately since been deleted from the internet.

After their brief clash at The Igloo in late 2021, (and some instigation from Cadell on Twitter), Kruz Leone released a dub for YGG member PK titled ‘Pots and Pans‘

PK‘s reply came to Kruz Leone came within days of the initial send, dropping bars for Kruz, Cadell, and even Tempa T on the same track.

Coming back at PK in the same time frame, Kruz Leone dropped his reply ‘PK Pack‘.

Throughout the month since Kruz Leone‘s last send, the Grime Twitter bubble had been very active, with Cadell questioning why there was a lack of replies to both Renz and Kruz Leone, and decided to drop a dub of his own, aiming at Reece West, Subten, PK, and Lyrical Strally.

Keeping up the pressure, Cadell dropped another dub (before even being replied to), aimed at Reece West and PK.

Again replying with quickness, PK came back at Cadell with ‘Ash Wednesday‘, also firing shots at Wiley, Kruz Leone, The Igloo regulars, and the rest of the Cowie family, whilst shooting his video in Cadell‘s East London neighbourhood.

An hour after PK‘s reply to Cadell was aired, Subten also replied to the East Londoner in ‘Shellington God‘, sending for Cadell, Wiley, and Renz.

Taking over Wize‘s ‘Dark Fire Hydrant’ instrumental, Reece West got back at everyone calling him out and answering the common question heard online: ‘Where’s Reece West?‘, sending shots at Cadell, Wiley, and Renz.

Amongst discussions of the ongoing Grime war, Aye Nizzy and Wiley began to butt heads, culminating in Aye Nizzy firing off a war dub aimed at the Cowie brothers.

Renz returned with another track from his upcoming ‘Whoopdididoo Tape‘, which fired more subtle jabs, which most fans assumed that the slight barbs were aimed towards Reece West and Subten.

Aye Nizzy continued gunning for those he had argued with in the Grime Twitter Spaces, this time letting off bars for Funky Dee, even riding over Funky Dee‘s famous ‘Are You Gonna Bang Doe?‘ instrumental.

6 months after the initial dub, and after days of back-and-forth on Twitter, K9 strapped a reply for Benji Wild’s ‘Sheep‘ with his own track ‘What’s Beef?’

Also entering the fray was Liverpool‘s KOJ (who released this dub under his previous moniker Wavey Joe), who fired bars towards ‘Reece West‘ in ‘Zombie Killer‘.

Dropping in tandem with ‘Zombie Killer‘, KOJ had more to say, letting off another track titled ‘North London Massacre‘, aiming at multiple MCs from the capital, firing shots at Reece West, Renz, and YGG.

Nottingham‘s J Dot got involved in the war with a dub aimed at Wiley and Cadell titled ‘Double L‘, after multiple exchanges between J Dot and “The Godfather” on social media

Jumping on the ‘Loose‘ instrumental, Cadell kicked off round 2 of the war with bars for Reece West, PK, Subten, Aye Nizzy, and Lyrical Strally.

Dropping a few hours after his ‘Loose‘ Freestyle, Cadell continued his trend of dropping back to back dubs with the Tre Mission-produced ‘100%‘, letting off lyrics aimed at PK, Reece West, Maxsta, and Subten.

Coming back at everyone who had mentioned his name since his initial dub, Benji Wild had bars ready for K9, Taxman Tempz, Funky Dee, Cadell, and LiveWire.

Hopping on the legendary ‘When I’m ‘Ere‘ instrumental, PK had more bars for Cadell, with heavy references to a video posted by MC Halo, whilst also firing shots at Grandmixxer and Mez.

Letting off a double dose of dubs, Taxman Tempz had a lot to say to Benji Wild, who took on one of Wiley’s latest instrumentals ‘Ghosts‘.

Going back to back once again for the third instalment of their ‘North London Flows‘ series, Reece West and Subten decide to send direct shots towards Cadell, Wiley, KOJ, and Renz.

After multiple callouts and Twitter Space back-and-forths, Funky Dee steps into the war with a dub aimed at Benji Wild and various other MCs from Wales, Leicester, and Nottingham.

After a brief break from the war, Cadell releases his ‘#NoBias‘ EP, filled with all of his war dubs until that point, but also including a brand new dub titled ‘N.T.S. Riddim‘, aimed squarely at PK.https://www.youtube.com/watch?v=bYeIibXhBmM

Reece West doubled down on dubs after releasing ‘North London Flowz 3‘, not even waiting a response before dropping his next dub ‘Pinocchio‘, mainly aimed towards Cadell, but also featuring some jabs towards Renz, Lyrical Strally and even addressing HarshRealityNosis host Azz.

Making his stance very clear on his dislike for the Twitter Spaces community that had been forming in Grime and following arguments with Cadell in said Twitter Spaces, E3’s own So Large had a lot to say for the younger Cowie brother on ‘Oh No‘, without directly naming Cadell but still firing off some impactful bars.

Getting back at So Large with high-powered bars, Cadell hopped on the Skepta x Statik co-produced ‘Skeptik‘ instrumental to release ‘Skills‘, welcoming any new entrants into the war with indiscriminate bars ready for the Bow E3 veteran.

Not taking Cadell‘s bars laying down, So Large fired off a rapid reply titled ‘B.R.N‘, based off of a fan-favourite insult that Big Esso had called Cadell during one of their arguments on the Twitter Spaces. 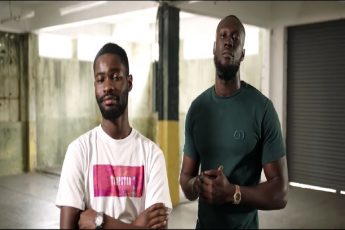 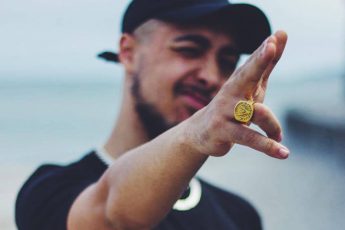 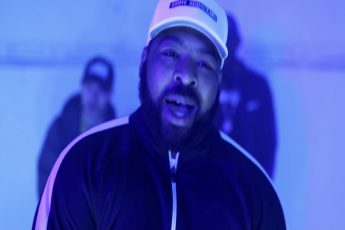 « Previous post
FEATURE: KIG 10s – 10 Women Changing the Game in Grime
Next post »
VIDEO: Cadell Lights Up the Second Round of the War with ‘LOOSE (freestyle)’