Last week we celebrated International Women’s Day and in honour of the holiday, we wanted to highlight 10 of the many Women in Grime that are pushing the scene and genre forward, making a substantial impact in the culture whilst also displaying their own personal talents as musicians.

Hailing from South East London, Isabelle ‘Lioness’ Fender is known by many as “The Queen of Grime”. Following in the footsteps of her brother and cousins who already had a crew of their own, Lioness would recite her brother’s bars until one day she was overheard by some of the boys on the estate. After going back-to-back with them on the doorstep, they would go on to form a crew of their own called ‘Mastermind Youth Team’, then after some time and writing lyrics of her own, Lioness would become the first lady of ‘Mastermind Trooperz’. Going on from here Lioness made a name for herself on underground stations such as On Top FM and Raw Blaze before building a following of her own and going on to smash sets on Radio 1, 1 Xtra and Kiss 100. Returning from her studies with a huge summer hit in the form of a verse on Funky Dee’s ‘Are You Gunna Bang Doe’ and dropping her debut mixtape ‘Loch Ness Monster’ in 2010. From here Lioness would find herself performing internationally, from Club Ice in Ayia Napa to opening for Rick Ross at the Hammersmith Apollo. Continuing to shell down Grime sets and put on for women in the scene, Lioness is definitely more than an inspiration to many.

South East London’s DJ Lioness stumbled across Grime by pure chance after flicking through the FM dial and landing on a live pirate radio clash involving none other than Wiley himself. Instantly connecting with the hype, DJ Lioness would find herself collecting Grime records from the local record shops in South East London. After building a healthy collection that she would play on a hi-fi turntable, Lioness got her hands on a pair of decks and practised mixing in her bedroom. Working on her craft DJ Lioness would go on to secure herself a weekly slot on the then pirate radio station, Rinse FM. Becoming the first and only female DJ on the station at the time, Lioness would see herself providing guest mixes for BBC 1Xtra. Playing at venues such as Ministry of Sound and Stratford Circus as well as perming sets at Keep Hush and Grime Originals just to name a few, Lioness remains pushing Grime’s “roar” sound on her current slot at Flex FM.

South London Grime MC Queenie made a name for herself in the very early days of Grime. Known for featuring on the Female Allstars track ‘Grab That Mic‘ alongside the likes of NoLay, Lioness and many others as well as appearing on DVD’s like ‘Practice Hours‘ and ‘Southern Hostility‘. Following this Queenie would go on to drop a verse on ‘DBT’ Remix’ curated by Lioness and featuring alongside five other powerful female artists. Recognising her talents Queenie would go on to put her all into music releasing ‘Laid out‘, ‘Smoke‘ and ‘Anymore‘ before linking up with Taliifah on ‘Open Season‘. Queenie has gone on to feature on just about every radio station you can imagine and shutting down raves with some of the greats. Advocating for Grime pioneers to collaborate with the newer generation of Grime, Queenie is an inspiration for any aspiring artist, female or not.

Born in Croydon, NoLay also known as Isabella or Bella Gotti made a name for herself by landing on the music scene as a member of the Unorthodox collective. The release of Unorthodox‘s project ‘No Help or Handouts’ in 2005 caught the eyes of the major labels, leading to NoLay dropping her first solo release ‘Unorthodox Daughter’. The release went on to be a part of 679 Recording’s ‘Run the Road’ compilation alongside tracks from Wiley, Kano and many others. The label also went on to release a vinyl for record shops featuring just NoLay and Plan B, seeing Nolay feature on the second volume of ‘Run the Road’ in 2006 with ‘Unorthadox Chick’ due to the success of the first compilation. From touring Europe with Austrailian, Electronic Rock group The Bumblebeez and again with Tricky’s 2014 album ‘Adrian Thaws’ to opening for Mobb Deep and the Infamous Mobb as well starring in the original series of Top Boy, NoLay has certainly proved her talents. Continuing to make her mark on both UK music as well as urban culture with her appearing once again on Top Boy’s upcoming series, NoLay remains unquestioned in her fields.

Making a name for herself as a DJ and promoter in Bristol, J Oh Zee continues to surprise us with huge sets and unstoppable line ups. Starting off by creating a collective of creatives including DJs, MCs, artists, Graphic designers and more called the Cool Calm Collective as a way of bringing together a variety of creatives to put into one project, J Oh Zee then went on to found Shellingz. Shellingz was born out of J Oh Zee’s love for Grime and acted as a way of shining a light on artists that she felt were not getting the recognition they deserved, as well as being a way of bringing together other fans of the genre. Forming Wine ‘n’ Grime alongside two of her closest friends, J Oh Zee would use the collective of DJs as a way of shining light on the incredibly talented women in the UK Music scene, something that she continues to push today. After shutting down Eskimo Dance in Bristol and making the move to London we have already seen J Oh Zee taking over the radio stations such as Mode FM and Pyro Radio whilst also being announced for Outlook Festival’s UK edition this year, there’s definitely a lot more to come from J Oh Zee.

The Grime collective made up of Lady Shocker, Miz, NyNy, Frankie Staywoke, and DJ Kaylee Kay have spent the last few years running the radio waves and shows, directly leading the next generation of female MCs and DJs in Grime. Back in 2019, the Female All-Stars brought a bag of female shellers to DJ Target‘s show on BBC 1xtra, which you can check below!

Spinning anything in and around the realms of 140 bpm, including Grime, garage, dubstep, techno, and a lot more, Freshta has shown herself to be a true wizard behind the decks, shutting down events in Barcelona, Croatia, and all over the UK, all whilst maintaining a full-time job in software! Often opening conversations about Women in Grime (and the music scene as a whole), Freshta is definitely one to watch in the future.

One of the founding members of Birmingham-based crew NODB, Fiasqo found herself as the sole Woman on the roster, but that didn’t hold her back from cementing herself as one of the wickedest barrers to come from the 0121 area. Often holding her own on male-dominated lineups on sets and shows for the last 15+ years, Fiasqo has become a legend in her own right, even shutting down radio sets to this day (Like she does on this recent Pyro Radio set!).

Lady Leshurr has been the frontwoman for Women in Grime for the last few years, acting as the face for Coca-Cola ad campaigns, voicing geckos in a Love Island & Just Eat sponsorship commercial, and countless appearances on TV, radio, and social media platforms. One of the musicians responsible for the Grime resurgence in 2015 with her ‘Queen’s Speech‘ series, it’s easy to forget that Leshurr had been bossing it on the mic for years prior to that.

Born in Hackney, East London, Shystie made her name with her 2003 release ‘I Love You’, a white label flip of Dizzee Rascal’s ‘I Luv U’ which led her to be signed by Polydor, a major label at the time. Off the back of this Shystie released her debut album ‘Diamond in the Dirt’, with her debut single ‘One Wish’ peaking at number 40 in the UK charts after the first week of it being released. Touring with the likes of Basement Jaxx, The Streets and 50 Cent, Shystie began to make herself known on the global stage before endulging in her career as an actor. Kicking off her career as an actor with Dubplate Drama, we then went on to see Shystie appear in Kidulthood, Adulthood and Ilegal Activity, films that would go on to shape the lives of many that they represented. 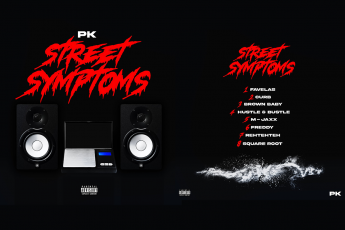 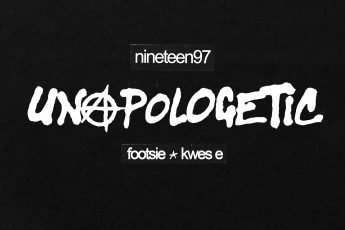 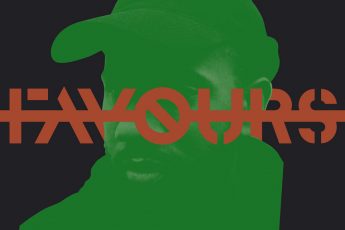