As the first full week of Spring comes to a close, Keepin’ It Grimy is here to keep you up to date with everything Grime that has released in the past week!

Hot off the heels of the release of the Norf Face album, Sir Spyro called up the Tottenham based crew  – comprised of JME, Frisco, Shorty, and Capo Lee to deliver a fire radio set for BBC Radio 1Xtra. Also joined by YGG‘s PK, the set is 45 minutes of bars and flows being shelled off over an impeccable track selection!

The North London collective known as ‘Norf Face‘ – made up of Capo Lee and BBK‘s JME, Frisco, and Shorty released the second video from their hugely impactful project (also titled Norf Face) with the visuals to their track ‘More‘. The track has Silencer on instrumental duties, who brings a haunting vibe with the strings prevalent throughout the tune, while the MC’s lace their flows over the track with each of their energy filled verses.

Crafty893 continues to tease his upcoming album ‘Smart Dumb‘ with, what he promises to be the last single release before the project, the music video for ‘100 Racks‘. Crafty893 brings his classic chilled flow over the self-produced instrumental, with a video game-inspired visual to deliver the full package. ‘Smart Dumb‘ releases on the 9th of April, 2021, and ‘100 Racks‘ is one of the three pre-released tracks that have got us hyped for the full project

Micofcourse has brought us his first release of 2021 and set the bar high with a track titled ‘Profits(More)‘. Once again teaming up with Crafty893 on production, Micofcourse brings his storytelling expertise to walk us through the hardships he’s endured to this point, rallying off punchlines throughout.

Mob Set member Renz has given us a behind-the-scenes look at a studio session with the other two members of the group, Squintz and Omega, while also joined by artist and photographer EJ. Renz teases multiple unreleased tracks during the video and documents the unfortunate conclusion of the group’s session.

The Evolution of Ghetts: Chapter 3 – Building the Brand

Ghetts continues his mini-documentary series after the release of his #2 charting album ‘Conflict of Interest‘, and in this episode, explores what made Ghetts’ original format ‘Fuck Radio‘ so different from everything else at the time, and the formation of Ghett’s crew ‘The Movement‘. With additional insight from Grime and ‘The Movement‘ veterans Scorcher and Mercston, Ghetts touches on meeting the founding members the impact they had on his development as an artist.

Leicester MC & Pro Footballer Kamakaze has released an uplifting new track titled ‘Keep Pushing‘, in which he shares words of wisdom and encouragement to everyone struggling with the aftermath of the events over the past year. Spitting over the Lord Akira instrumental, the Dagenham & Redbridge midfielder tells us ‘if you can’t see it, keep looking, if you can see it, keep pushing‘. The video (shot by Arran Ashan and edited by Gugzay) kicks off with news coverage clips of multiple conflicts, the COVID-19 pandemic, and other unfortunate events, but ‘Keep Pushing‘ serves as a motivating backing to, hopefully, help make 2021 go smoother than 2020 did.

Coming after the confirmation of the second season of his cooking show ‘Big Zuu’s Big Eats‘, West London MC Big Zuu has also announced a recipe book of the same name. Filled with 100 recipes drawing influence from the show and his West African heritage, the book is set to release on the 3rd of June.

You lot have been asking me about recipes for years so I’ve only gone and written a cookbook! BIG ZUU’S BIG EATS is out June 3rd and available to pre-order now. Featuring some of my favourites including Doritos Fried Chicken, Mumma Zuu's Jollof Rice, Vegan Doner Kebabs & more!!! pic.twitter.com/I4iV1S35FV

Blay Vision took to Twitter to announce the release of his next instrumental EP titled ‘Produced by Blay Vol.2‘ and treating us to the artwork and what we presume to be the tracklist in the thread. The project looks like it will include instrumentals that Blay has produced for MC’s JME, Manga Saint Hilare, Mayhem NODB, and Eyez.

Are you ready for Produced By Blay Vol.2 ?

Birmingham’s very own Mayday dropped a new single titled ‘Jet Lag‘, a lighthearted offering that explores Mayday’s current status as an MC, while he flows over the DubzCo produced instrumental. ‘Jet Lag’ is the latest single to be posted on Mayday’s YouTube Channel, where he posts a variety of different content.

Watford MC Tophe has teamed up with Essex spitter Chowerman to release a collaborative single titled ‘Writers Block‘. Over a haunting instrumental produced by Delzo, both vocalists let off rapid-fire flows about not being able to write lyrics. In stark contrast to the single’s name, both MC’s bring bars filled with punchlines from the get-go and maintain the content for the entire duration of the tune.

JT The Goon x Moscow Legend – Do or Die EP

In an effort to show the true reach of Grime music across the globe, Russian producer Moscow Legend teams up with London’s JT The Goon to bring us a 4 track instrumental EP titled ‘Do or Die‘. The differing identities of the two producers are easily distinguishable in the tracks, but by perfectly balancing the contrasting sounds in the instrumentals, we’re left with a product that attests to the unifying power of Grime.

DO OR DIE EP by JT THE GOON & MOSCOW LEGEND

With the debut upload to his YouTube Channel, Loon has brought us the music video to a brand new single titled ‘Humid’. The North London artist lets off a barrage of heavy-hitting bars from start to finish, riding the up-tempo Felon E Beats instrumental with ease. With visuals courtesy of Tunnel Vision TV and Ricochet Graphics, Loon is setting the bar high with his first upload at such a standard. 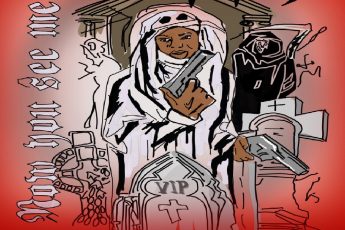 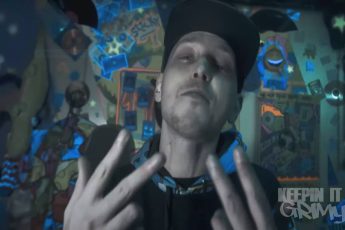 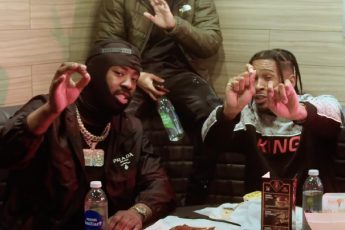