With so many incredible DJs and presenters using their shows on a variety of different stations to document and display the talent in and around the Grime scene, it was only right that we gave them their flowers. Whether they are introducing us to new artists, taking us back to the early days with nostalgic classics or bringing something new to the table with segments on their shows, we’ve rounded up a list of 10 can’t-miss shows for the Grime fans of today.

Hitting the airwaves on BBC 1Xtra every Friday from 11pm, Sir Spyro hosts the biggest and most listened to radio show in the genre. Showcasing the most up to date and exciting music in Grime, Spyro‘s show is definitely the place to be to hear the latest music as well as the classic Grime bangers.

Quickly building his name in the scene, Oblig’s mixing abilities have become instantly recognisable. Most known for fusing Grime and Drill, Oblig can be found on Rinse FM every Tuesday at 7-8pm displaying some of the best music from the two genres.

Taking on the day time slot, Razor can be heard on the airwaves every other Saturday at 2pm on Reprezent. Playing a variety of sounds alongside Grime, Razor continues to show his talents as not just an artist himself but also as a DJ and presenter, regularly inviting down special guests for both sets and interviews.

Paving the way in opening up the conversation about mental health in a heavily masculine genre, El is the creator of Mental Health in Music and presenter of The El Show. Found on Mode FM every second and fourth Tuesday of the month between the hours of 1pm to 3pm, expect to hear the latest music in Grime as well as some deep conversations with those at the frontline of Grime.

Playing a pioneering roll in Grime’s evolution, Spooky is known for being one of the best DJs in the game as well as putting out many of Grime’s most recognisable productions. Regularly shutting down sets and shows, Spooky can be found on De Ja Vu FM every Monday 10pm-12am.

Setting out to showcase the best home-grown talent in and around Grime and spinning only the finest of 140, Kirby T has become a staple in Grime. Giving a helping hand to the new generation of Grime and consistently inviting down some of the greats, Kirby T is live on Reprezent every other Wednesday 6-8pm.

Host of The Fat Steve Show and well-established member of the all female Grime collective, Female Allstars, Miz can be heard on Reprezent every Wednesday 7-9pm. Inviting down special guests for freestyles, interviews and live sets, Miz is consistently representing the talent within Grime.

I Am Grime Show – Rinse FM

Taking over the Rinse FM airwaves every third Sunday of the month 11pm – 1am, the I Am Grime Show quickly became a go to show to lock into. Hosted by I Am Grime label founders Jammz and Jack Dat, the show displays some of Grime’s coldest music as well as giving producers a time to shine with their popular Sample Dat segment.

Building a name for himself as one of Grime’s most serious selectors and a producer of some of the darkest instrumentals in Grime, D.O.K is undoubtedly a pioneer in this genre. Catch D.O.K‘s show on Mode FM every 1st and 3rd Friday of every month.

Taking over Reprezent Radio every third Wednesday of the month 9-11pm, Charisma has been changing the game with fun mixes and innovative segments. Mixing a blend of Grime, Garage UK Funk and more, Charisma showcases his own talents as a DJ with Go Pro point of view videos and segments like Mix n Blind where he tests the ability of other DJs whilst blindfolded. 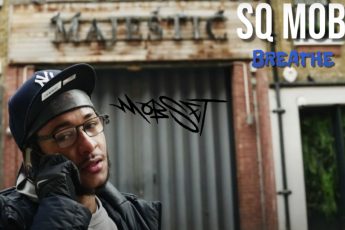 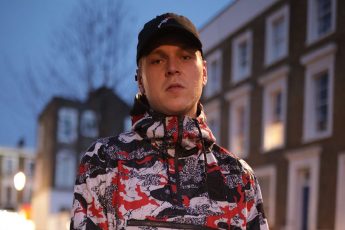