As the festive period reaches its climax on Christmas Day, many people across the world spend their time surrounded by the people they love, with their minds and hearts full of positivity. In Grime, however, we’ve always liked to do things a little bit differently, and Christmas Day is no exception, finding the holiday to be the perfect day to air grievances with other MCs and fire off war dubs. We’ve collected a shortlist of some of our favourite Christmas-time sends and clashes from over the years, check them below!

This year we have already seen Mobset member Renz attempt to draw out MCs and get the Grime scene in the Christmas spirit again with the release of his Instagram freestyle. Teasing the release of his upcoming project ‘WhoopDiDiDooTape‘ over Carns Hill production we heard Renz drop digs at both GHS and Reece West.

In 2004 we saw Wiley, the Godfather of Grime take to the airwaves of Rinse FM on Christmas Day. Taking over DJ Karnage and DJ Maximum‘s B2B set, Wiley called upon any and every MC to come and test his lyrical ability. Forever cementing the Christmas period as a season for sending in the Grime scene.

“Suck your mum. On Christmas Day.”

Never one to shy away from war is Dot Rotten. Dropping ‘Woah Ou Woah‘ on Christmas Day 2009, Dot finally reacted to all the indirects and let loose with a no holds barred dub. Fully unleashing the spirit of Dot, we heard attacks on BBK, Griminal and OGz just to name a few.

With a feud already brewing, Reece West and YGG‘s Saint P reached boiling point upon coming face to face at Rude Kid‘s KISS FM Xmas Special in 2016 and again bucking heads on the same set just a year later. Igniting a lively clash that became a highlight of the 2017 set, as well as bringing us a send from Saint P titled ‘Camel Face‘ and a swift reply from Reece West with ‘Facts‘ just days before Christmas.

East London, Grime veteran So Large hopped on GrimeReportTV on Christmas Day 2015 with a war dub entitled ‘Shots‘ aimed at Capo Lee. Wasting no time, Capo Lee was quick to cover a DOK produced instrumental with his reply ‘Funeral Parlour‘. With temperatures already rising between the two, they finally came head to head on Rude Kid’s Kiss FM Christmas Special in 2016, bringing yet another clash to the already timeless set.

Following a tweet from Merky ACE on Christmas Eve claiming many MC’s were biting his flow, including Jammz, the pair lit up Christmas Day with each dropping war dubs in rapid succession.

West London MC GHS decided to air his issues with Square member Elf Kid. Looking to fire all elves and cancel Christmas for good GHS dropped ‘Christmas Cancelled‘ back in 2013. 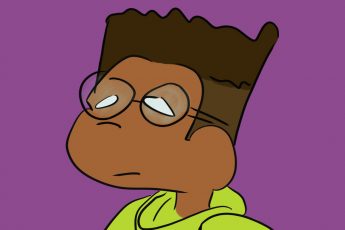 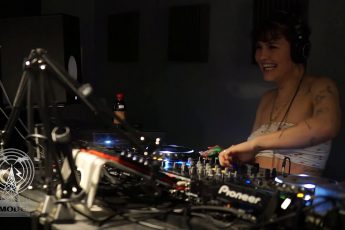