With Easter well and truly in the past and the UK finally taking the first steps to ease out of lockdown, we need some new music to play. We here at Keepin’ It Grimy are here to make sure you haven’t missed anything Grime in the last week with the latest Weekly Wrap Up, check it below.

After dropping his critically acclaimed album ‘Conflict of Interest‘, which reached #2 in the UK Charts, Ghetts promised us a tour in November and we’ve been on the edge of our seats ever since. To further heighten our anticipation, Ghetts dropped a live-streamed performance, directed by Charlie Sarsfield,  of the album on stage, complete with a live band, stunning visuals, and feature appearances from Dizzee Rascal, Jaykae, Pa Salieu, and Backroad Gee.

Continuing with their recent collaborations, Rinse FM hosted the latest size? sessions podcast, in which DJ Jyoty hosts three standout MCs from three different generations of Grime: The OG veteran Sharky Major, one of the leaders of the 2016 Grime resurgence Novelist, and current rising star SBK. The trio discusses what drew them into the Grime scene in the first place, their personal influences in music and fashion, pirate radio culture, and more in this lengthy yet enlightening conversation.

Grime veteran and Roll Deep member Flowdan teamed up with cloud-based music production platform Splice to drop a sample pack, to the delight of producers everywhere. Flowdan has his own accolades as a producer, having produced tracks for PK‘s ‘Bad Ombré’ EP and GHSTLY XXVII‘s ‘Guerrilla Tactics‘ EP, so the 300+ handpicked sounds are more than appropriate for any future Grime bangers. Alongside the ‘UK Grime‘ sound pack, Flowdan also spoke to Splice about the techniques behind Grime, which you can check below!

Over at Mode FM, Lozzy C launched the first episode of his new show ‘Lozzy’s Lounge‘ – kicking off with an interview with Razor, who talks about his journey in music until now (on Lozzy’s new segment ‘Journey in 30’), the rebirth and future plans for Keepin’ It Grimy (*wink*), his process in releasing music, and more. Following the interview, we’re treated to a sick set with Razor who’s joined by Chowerman, Dutchie Limao, and Jammz.

Fresh off the release of his latest EP ‘Wavedown Section‘, Footsie linked up with Nuff Hungry to drop visuals to standout single ‘Quick 1‘. The easygoing instrumental (courtesy of Harvey Whyte) perfectly juxtapose the greazy lyrics from the two Grime veterans, while the music video shows the MCs and producer enjoying the springtime summer before jumping into a studio session.

After frequently being featured on Wiley‘s ‘Eskimo Dance‘ IGTV Livestreams (Which have now changed platforms to OnlyFans), Villain, K9, Joe Fire, and JoSoSick linked up to drop the thumping ‘Compass‘, a rally-style track with all four MCs spitting cold verses over the Dunman production, given to us alongside a video shot by ShockDaStreetz in Wiley‘s recording studio ‘The Village‘.

In celebration of an entire decade of the Barclay‘s FA Women‘s Super League, the league called upon one of the most revered female Grime MCs, Lioness, to drop a fire freestyle highlighting the growth of the women’s sport over the last decade. Spitting heat over a Jammz-produced instrumental, Lioness acknowledges all of the great women that have helped push English women’s football to the standard it’s currently at.

After a long hiatus from music, Elf (formerly known as Elf Kid) seems to be ready to burst back into the music scene, apart from his ‘Zdot Freestyle‘ in October, Elf has dropped his first release since returning, a drill-inspired banger produced by Newham’s own Darkness titled ‘Text Me‘. Showing a new level of growth and maturity, Elf dedicates ‘Text Me‘ to a girl he’s with, asking her to keep faith in Lewisham’s “Golden Boy” when he’s unable to communicate properly, whipping out snappy flows while wearing his heart on his sleeve throughout.

Making his return to the platform’s freestyle series after a four-year gap, SBK returns to SBTV‘s ‘Warm-Up Sessions‘. With his first appearance on the show in 2017, a then-14-year-old SBK was out to make a name for himself, with confident bars and a flow that displayed skill beyond his years, but his 2021 sequel puts on display a completely different SBK. As a fully-fledged adult, SBK appears with a brand new look and a brand new message – while his newfound maturity driving his subject matter to be more inward-facing, as the MC reflects on his journey since stepping foot into Grime and into his older years.

Liverpool’s Koj (formerly known as Wavey Joe) is back and on the offensive with his newest offering ‘Million Flows‘. Linking up with superstar drill producer Chris Rich, Koj embraces his Grime flow over the spacy instrumental with his powerful bars and sharp wordplay for an exceptional cross-genre release, which also serves as Koj‘s first ever release on BandCamp.

Never afraid to use his music to shed light on societal and political issues, Roachee is back with a powerful offering titled ‘Rebels‘, produced by heavyweight producer Scholar and with a video from 31501. ‘Rebels‘ has Roachee looking back to his roots, honouring his African heritage and the impact of African and Caribbean immigrants on the Grime scene, even saying “the Grime scene needs to thank the Caribbean“. The Roll Deep member also manages to show so much love in one track, shouting out Esso, Wiley,and Discarda amongst many others.

With her first release of 2021, Queenie has announced a launch party for her upcoming EP ‘Forte‘. The event is scheduled to take place on the 21st of May, at the New Cross Inn, and promises “special guests” alongside the release of the ‘Forte‘ EP. Check out the Instagram post below for more details and CLICK HERE to get tickets!

Skengman DJ and producer J Beatz has assembled an elite squad to vocal his newest single ‘Top Technique‘, calling up Nico Lindsay, Darkos Strife, and MicOfCourse to lay down crazy verses for the track. The production on the single is reminiscent of a classic Grime 8-bar, with the razor-tongued MCs bouncing back and forth off each other to lace the track with venomous bars, high energy flows, and slick wordplay.

Following from his reflective ‘Lemon Pepper Freestyle‘, MicOfCourse continues to show his more vulnerable side with his latest offering ‘MVP‘. Flowing over an instrumental produced by rapping superstar Russ (not the one who made Gun Lean), Mic talks about suffering through depression and regrettable actions he’s had to take in the past in order to survive. With visuals from RollOnThis, we see MicOfCourse venting in his dimly lit room, showing us just enough to see the pain in the MCs eyes while he unloads countless bars about the struggles he’s living through.

Snowy – All That Matters

Snowy is back with a vengeance on his pounding new release ‘All That Matters‘, produced by Massappeals. Throughout the track, Snowy makes us aware that he doesn’t care what anyone thinks of him, he believes in his own abilities and will take on anyone who tries to challenge it. Snowy is known for representing his home city of Nottingham and (something you might have missed) pays homage to fellow Nottingham MC Fangol by using the OGs flow in his second verse.

NamesBliss‘ latest offering ‘Paperchase‘ is a thought-provoking lesson to the younger generation, delivered as a bouncy drill bop in which Bliss explores the glorification of crime and youth violence in social media and music. While Bliss flows over the ZCBeats instrumental, the video (courtesy of Kye Taliana) shows an exasperated Bliss shooting a music video for two masked up musicians

Bristolian producer Sir Hiss has dropped his first solo release of 2021 in the form of a three-track instrumental EP titled ‘Wot EP‘. The project showcases a unique style of Grime production we rarely see, especially on the title track ‘Wot‘, making use of melodic strings and off-beat drum patterns in order to maintain that unique Sir Hiss sound.

Eyez – Drinks On Me

Derby‘s very own Eyez is back with a new track titled ‘Drinks On Me‘, veering away from his usual Grimy patterns, instead treating us to an Afro-wave/UK Rap vibe. However, old habits die hard, and Eyez brings his rapid flows and witty wordplay over the instrumental produced by Zdot & Krunchie. Eyez promises visuals are following close, so follow him HERE to stay posted on that

Lozzy C‘s newest show on Mode FM makes its second appearance on our list (a testament to Lozzy‘s work rate, really), this time joined by NamesBliss. Bliss takes on the ‘Journey in 30‘ challenge, detailing his start in making music, while the duo talk about Bliss‘s plans for releasing (despite losing his voice for 8 months in 2019) where the MC announces that a new project is in the works, his first since the ‘Style and Grace‘ EP in early 2018, before closing out the show with a set from the “Lively” spitter. 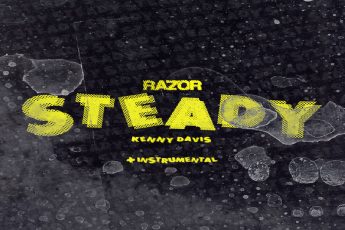 RELEASE: Razor and Kenny D team up for 'Steady' 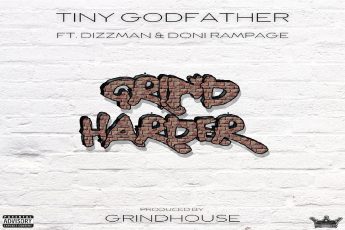 « Previous post
VIDEO: Jafro is on ‘ICE MODE’ in new JDZ freestyle.
Next post »
VIDEO: Micofcourse is the ‘MVP’