Welcome back to Keepin’ It Grimy’s Weekly Wrap Up, for everything that’s been happening in Grime for the last week. Make sure to check out everything we’ve found below, and let us know your favourite releases & anything we’ve missed by getting at us on Twitter HERE.

Eskimo Dance has long been regarded as one of the biggest and best celebrations of Grime music since its inception in 2002, having led the way for future promotions to host their own Grime-centred raves. The brainchild of Wiley has announced the lineup of their 3-day showing in Amsterdam, from the 12th to the 15th of November 2021. The lineup brings us the best of Rap, Grime, and Drill, ranging from legends including Ghetts, JME, P Money, and even Keepin’ It Grimy’s own Logan Sama, to some of the best new MC’s and DJ’s stamping their name in the scene including Tommy B, SBK, J Oh Zee, and DJ Argue.

In celebration of World Earth Day 2021, the global sandwich chain Subway hailed vegan Grime legends P Money and Star.One to create the worlds first Grime track with sounds sourced from the electrical signals in plants. The video shows more than just the track though, serving as a mini-documentary giving a behind the scenes look at the inception of the tune, from obtaining the sounds, producing the instrumental, and the artists involved talking about veganism. As silly as it sounds to create an instrumental from plants, we’re left with an actual banging track, with P Money rattling off bars about the benefits of veganism on both himself and the planet.

On 4/20, Chip dropped a heart-wrenching freestyle on IGTV over Drake’s Lemon Pepper instrumental. Taking the day to honour the late Black The Ripper, one of the largest advocates of the reform of laws regarding marijuana, who rose to fame due to his regular appearances on some of the pioneering pirate radio stations in the early days of Grime, especially known for his clashes on Axe FM. Chip glides over the easygoing instrumental to further prove why he’s regarded as one of the best musicians in the UK.

You can check out Chip’s Lemon Pepper Freestyle HERE

Over the years, Akala has built a reputation for himself for being well versed in many walks of life, often appearing on talk shows, debates, interviews and lectures to share his immense wealth of knowledge for politics, race, poetry, and of course music, to the point where he’s included annually on Powerlist‘s “100 most influential Black British people in the UK“. To add to his ever-growing list of accomplishments, Akala has released his debut novel titled ‘The Dark Lady‘, a fictional adventure that is “laced with history and magic“, telling the story of an orphaned pickpocket on a supernatural adventure set in London, 1599. To grab your own signed copy, CLICK HERE.

I wrote a novel… it’s out now. 👊🏾 pic.twitter.com/RLDRIlaBJM

Narst (formerly known as Lil Narsty) has launched his new podcast series “Talk Up The Tings” on the Can’t Dodge The Smoke YouTube channel, and is joined by his first guest, former Roll Deep member Roachee. The pair talk about Roachee‘s start in music and growing up on the roads, detailing Roachee’s journey from leaving prison to becoming a staple in Grime, before turning the conversation to the tense atmosphere on the roads now and the lack of role models for the young and impressionable, in an inspiring tale of growth and maturity from Roachee during the podcast.

SBK and Warz have linked up to drop us a brand new video for ‘10pm in Leicester‘, a freestyle recorded just before the impromptu Eski Dance Leicester live stream. The visuals (courtesy of Louis Trout), show the pair outside of the studio in Leicester, calling back to the early Grime days where all you needed was a camera and lyrical ability, which the pair bring in abundance. Spitting over an instrumental produced by Ice Kid, the duo promise that they won’t give up on Grime until they’re at the top and Luton’s Warz even drops reflective lyrics about his struggles with mental health.

Leicester wordsmith Jafro made his debut on the Ice Mode freestyle format for JDZMedia and boy, he didn’t disappoint. Bringing his slick flow that led to his appearances on Grime-a-Side and Lord of the Mics, the Thunder God brings countless punchlines, subliminal disses, and even flowing in Spanish! Jafro has often proved his versatility, but even this is a new level for the MC.

In celebration of 4/20, OverTheEdge members Razor and Kabz teamed up with producer Hamdi for the laid-back ‘Paper Plane‘. The duo celebrate the holiday in style, surrounded by friends while folding and flying large paper planes, with the playful visuals courtesy of Kish!. The OTE MCs flow effortlessly over the drill-inspired instrumental, a testament to the ability shared by the members of the collective.

Mayday – Return to the Safehouse

Birmingham‘s Mayday dropped a lyric video for his most recent offering ‘Return to the Safehouse‘, making sure we don’t miss any of the non-stop punchlines that he reels off over the Vagrant Real Estate produced instrumental. Riding the dark instrumental, Mayday lets us know that he’ll stop at nothing to get to the bag while whipping out his signature flow and unrelenting wordplay.

Gesher is back with another banging new instrumental release titled ‘Bullet Holes‘, released on the I Am Grime label. Sampling the hook to ‘Body Full of Bullet Holes‘ by Three Six Mafia, Gesher builds on the haunting vibe introduced in the original song, resulting in a dark and almost oppressive sounding track, which was released exclusively on Bandcamp

You can cop Gesher – Bullet Holes exclusively on BandCamp by clicking HERE.

After the success of his latest release Ugly featuring Razor and Kabz, Chowerman has enlisted the help of Cas Calais and Bears Visuals to bring us a music video for the track. The MCs ring off their bars in front of the urban backdrops, spitting about the harsh realities of the world and their ways of overcoming any setbacks, with the snappy cuts and heavy editing catching the drops of the Delzo-produced, drill-inspired instrumental.

West London‘s Logan has dropped his latest offering, a self-produced track titled ‘One Way‘. Logan is brimming with confidence in the track, from how he owns the open space in the video, to his self-assured bars, even calling himself the “best new-gen Grime MC” in the tune. Logan is renowned for his unrelenting work rate and with this being his second release that is self-produced and with a self-edited video in as many months, he lives up to that reputation. 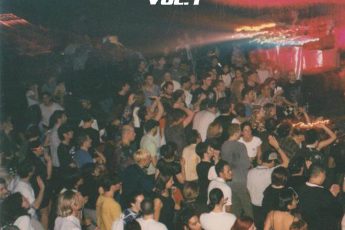 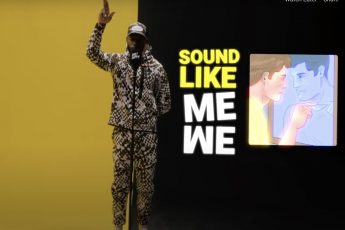 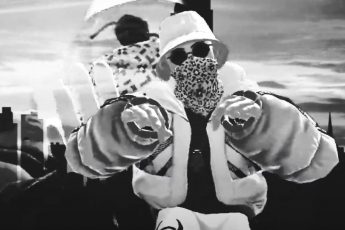