You know the deal by now. Spring is here, the skies are clearing, the return of live events are (hopefully) around the corner and we’re hyped.  Keepin’ It Grimy is here to celebrate that with you, providing you with everything Grime over the last 7 days!

Further building the bridges between Grime and other avenues of media, seasoned MC & producer duo P Money and Silencer hailed YouTube star Tobi (1/7 of the Sidemen group) to make his first foray into the Grime scene. P Money delivers a slick hook and the first verse of the track, which is followed by Tobi‘s verse, showing us he’s skilled beyond his limited music catalogue. As always, Silencer provides a modern classic instrumental, ensuring a quality package delivered via P Money’s YouTube channel.

Grime’s godfather Wiley took to Twitter to announce the release of his next upcoming album, titled ‘Anti Systemic‘, releasing on the 14th of May. Despite his recent controversies, the Eskiboy has kept busy, bringing countless artists, producers, and DJs to his studio, from all generations of Grime.

Major Muzik has released a multi-artist rally showcasing the talents of all of the MCs being managed by or distributing through the label. The artists fire off short volleys of high energy bars over the instrumental produced by Biggaman, encapsulating that classic Grime feel in 4 minutes of pure energy.

Grime veteran Diesel D Power has announced the return of his series ‘Da Roof‘, with the live-streamed shows returning to our screens on June 27th. Having had a string of successful streams with massive lineups before the Covid-19 pandemic halted production, the hype for this is real and you can’t afford to miss this!

South London’s JP enlisted the help of Renz and Micofcourse to bring us an aggressive offering titled ‘Rarl Up Riddim‘. The trio brings their hardest bars over the haunting production, letting off short bursts of pure greaze while bringing a new twist to the traditional Grime sound we’ve become accustomed to.

In support of the Hearts to Hands Project, Garage Nation hosted a 48-hour charity live stream event, including a set by Grime Originals. The Major Muzik gaffer Sharky Major brought both veterans and newcomers of Grime, with a lineup consisting of Bruza, SBK, Discarda, Shizz McNaughty, Duppy, and veteran DJ & producer Spooky behind the decks. The set transcends generations, with Spooky spinning Grime classics and some of the hardest new tracks, leaving watchers itching in anticipation of the return of live events.

West London’s Big Zuu is regarded as more than just an MC. Having forayed into TV & Radio presenting, being a self-taught chef, and writing his own cookbook, Zuu has decided to now to undertake a world first: selling split copyright ownership of one of his upcoming tracks to fans as an NFT, allowing them to profit off of the revenue produced by the track after release. Being the first artist to ever do this, we’re sure Big Zuu has opened a new door for musicians and creatives across the globe.

Hot off the release of his last single ‘Profit(More)‘, Micofcourse celebrated hitting 4000 views on the video in a week by releasing a brand new track using Drake‘s ‘Lemon Pepper Freestyle‘ instrumental. Wearing his heart on his sleeve, Micofcourse doesn’t hold back on the details, as he reflects on his failed past relationships, his love for his older brother, and his dedication to the grind to success.

While Big Narstie has achieved star status through his ventures in YouTube and TV (with The Big Narstie Show recently winning awards at the Royal Television Society Awards), it’s imperative to remember the Grime veteran’s musical ability, and today he has gifted us with a 6 track EP titled ‘Smoking Grown Folk OG‘. The former N Double A member seems to look inward with this EP, reflecting on tracks like ‘Judas‘ and bringing chilled lyrical mastery on tunes like ‘Bill It‘

Logan has released a new, self-produced banger titled ‘Don Dada‘. Bringing his signature yardman flow, Logan rattles off bars on the dubstep-infused instrumental, attesting to his skill as both an MC and a producer. The video was uploaded onto Logan’s own YouTube channel, with the visuals shot by DAREALAMR and edited by Logan himself.

West London’s own J-Wing dropped a new track titled ‘Wanted‘, produced by Sketch’E. J-Wing bigs himself up in his bars, letting us know that even though he’s been around the scene for a while, he’s still active and wants his presence to be felt.

SBK has released a new trap-inspired single titled ‘Suspect‘, featuring Miles Dare. The duo go back and forth in the track, letting off short sprays of quick flows over the heavy 808’s, with both MCs displaying impressive wordplay. 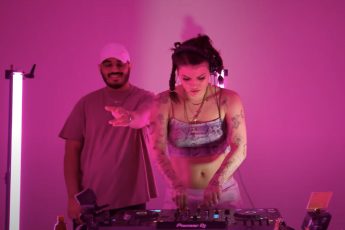 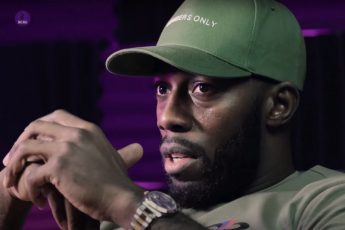 VIDEO: RA sits down for an in depth interview with Big Ego Media 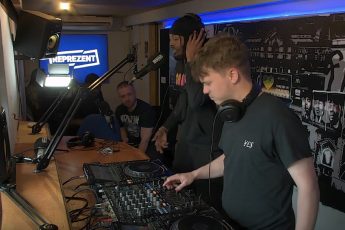