May 1, 2022 BY JetsorjetskiNo CommentsLATEST NEWS

After the initial Grime explosion in the British music scene in the early 2000’s and the years of hype behind the genre, it was only natural that the sound would require evolution later on in its life cycle, and a new generation of listeners and artists to embrace Grime the way it had been by the original class of MCs, producers, and DJs.

Our KIG 10’s this week highlights some of the most influential freestyles to come from the new wave of Grime artists, often referred to as the first “Grime Resurgence”, whether that be by experimenting with the sound of the genre or by bringing in amounts of listeners previously unseen in Grime.

Manchester’s Bugzy Malone had been actively releasing music since the late noughties and into the next decade, gaining a buzz both locally and across the country for being an MC who was an extremely talented storyteller, who skyrocketed in popularity with his first appearance on JDZMedia‘s ‘Spitfire‘ freestyle series, which is to this day still regarded by some as his best ever freestyle, making a plethora of fans aware of both Bugzy‘s own talent, and the amount of talent in the North.

As one of the new wave of MCs regularly shutting down the airwaves on stations such as Rinse FM and Mode FM, PK had been making a name for himself as a part of one of the most exciting new crews in Grime, YGG, characterising himself as a highly energetic spitter, supplying venomous bars with boat-loads of hype and aggression in the delivery. His appearance on WiredIn‘s ‘New Era‘ freestyle series, however, showed a different side to the Camden spitter, taking over a sultry RnG instrumental but still spitting pure greaze, albeit in a more relaxed manner. The juxtaposition of the bars against the overall sound of the track was appreciated and embraced by a new generation of fans, whilst also being signal-boosted to the masses by popular Instagram pages such as ImJustBait.

Chip (formerly known as Chipmunk) was already established as one of the top dogs in the UK music scene, having reached critical success musically and amassing a global fanbase with his more mainstream sound, but it would have been a crime to forget his legacy in Grime and all he had done for the sound. At the start of 2015, Chip had found himself in the midst of a conflict with former friend and collaborator Tinie Tempah, who had dissed Chip in a Fire In The Booth freestyle prior, and in turn, returned fire toward Tinie Tempah and offered an open challenge to any MC, resulting in a massive lyrical war that saw dubs fly from Bugzy Malone, Skepta, Devliman, Big Narstie, Saskilla, and more.

Leicester‘s Kamakaze started his MC career while balancing it with his budding football career, making regular appearances on radio sets and freestyles while simultaneously running the pitch for Leicester City FC & Luton Town. Despite having so much on his plate, the MC went from strength to strength, often impressing with his regular appearances on Grime platforms such as JDZMedia, culminating in his debut appearance on their ‘Road Rage‘ format (even still having the most viewed ‘Road Rage‘ edition on the JDZMedia YouTube channel) which propelled the MC to wide-spread recognition across the country, and landing him on Grime shows such as the Red Bull Grime-A-Side, representing for Leicester.

The legend that is Skepta has shown time and time again why he’s widely regarded as one of, if not the all-time greatest Grime MC, never shying away from evolving the sound in order to stay at the top of the scene. In late 2021, during a time when the traditional Grime sound had been widely replaced by the tidal wave of UK Drill music, the veteran BBK member took to one of the hottest platforms of the moment, Fumez The Engineer‘s ‘Plugged In‘ series, to provide the best of both worlds to the series, spitting some of his classic & most rave-ready bars over a high-powered Carns Hill drill instrumental (which ended up seeing plenty of vocals from Grime MCs after the fact)

6 years after their last group appearance, The Movement members Wretch 32, Scorcher, Ghetts, and Mercston reunited to deliver an insanely talented Fire In The Booth, showing that their team chemistry was as strong as ever and that the veteran MCs belonged firmly towards the top of the rankings in the Grime scene.

Almost 7 years ago to the day, Stormzy catapulted himself towards international stardom by releasing ‘Shut Up‘ a freestyle humorously dubbed the ‘Fire In The Park‘. Initially intended as a reply to Cadell, with whom Stormzy had been caught up in a lyrical back-and-forth prior, the freestyle went globally viral, becoming the most viewed video ever released by a Grime MC, propelling the South Londoner to the status he’s reached now, and taking the Grime culture to heights never seen before.

Using his musical career as an outlet for increasing awareness of social, political, and economical issues prevalent in the UK, Akala rapidly gained traction and had his music widely well-received, even earning himself a MOBO award in 2006. His first appearance on Charlie Sloth‘s ‘Fire In The Booth‘ series took the artist to new heights, ringing off educational and thought-provoking bars with a rapid-fire flow, resulting in Akala appearing 3 more times after the fact. As an artist who explored multiple genres and styles, it was his fourth appearance on the series in which Akala gave his Grimiest performance, whilst still delivering insightful and articulate bars effortlessly over a slew of classic instrumentals.

Another standout star from the Grime resurgence, AJ Tracey was consistently bodying radio shows and sets alongside his crew MTP, and often collaborating with other stars from the same generation such as YGG, Jammz, and more. Constantly pushing the envelope with his sound and style, AJ Tracey was one of the first to fully embrace the UK Drill sound as a Grime MC, delivering the now classic ‘Packages‘ freestyle, which led to widespread virality and propelling AJ Tracey‘s career.

The legend that is Ghetts has survived it all – exploding onto the Grime scene from 2005 and cementing himself as one of the GOAT’s of the sound, regarded by many as the best MC to ever touch the mic. Ghetts has achieved everything there is to achieve, winning multiple awards for his critically acclaimed projects, clashing fellow legendary MCs such as Wiley and P Money, given us countless classic moments from bodying radio sets and shows across the country. In honour of this, Ghetts was the first to deliver the next generation of ‘Fire In The Booth‘ freestyles, taking the mic to the sandy dunes of Dubai and delivering a wicked freestyle as only he could. The legend proved that despite his lengthy career, he can still deliver freestyles that are as elite as his early barring sessions on pirate radio. 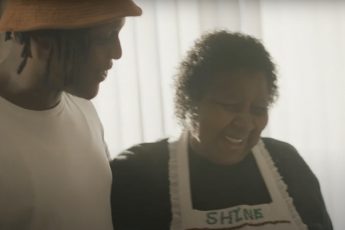 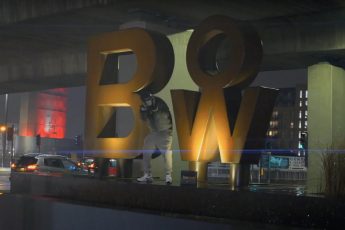