Hailing from Kennington, South London, Grandmixxer got involved in music aged 13 after a friend of his got into DJing. Starting to travel around London buying records, mainly Garage and Dark Garage before turning to collecting all of the early Grime releases such as Roll Deep and Pay As You Go. Starting to DJ himself aged 14 led to his friend starting to spit allowing them to form a crew called DMC, Da Madness Crew before getting turntables of his own aged 15.

Following moving out of London to Bournemouth aged 16, Grandmixxer made the return to the city at 19 and secured himself a spot on On Top FM, a leading pirate radio station in South London at the time. This would find Grandmixxer DJing for Big Narstie around the age of 21 before joining Urban FM where things would start to take off and he would link up with General Courts and Travis T to form Wig Power Foundation. From here Grandmixxer would go on to Flex FM, putting on sets with a younger generation of grime likes of  Novelist and YGG. Then going on to get slots at both Rinse FM and NTS, Grandmixxer started to release his own productions and formed the South London Space Agency label.

The Grime Show: Grandmixxer with Trilla & Bomma B 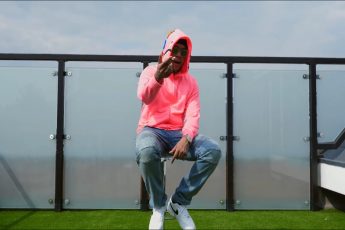 VIDEO: Chip takes on 'Lemon Pepper Freestyle' in memory of Black The Ripper