May 24, 2021 BY JetsorjetskiNo CommentsLATEST NEWS

You see this Grime scene? Healthy. Flourishing. Definitely very much alive. Welcome back to the Weekly Wrap Up, your one-stop-shop to as much Grime as we could find happening over the last week, featuring more releases, more massive collabs, more events, more Grime (especially during the weekend). After reading through this list, make sure to follow us on our socials @keepinitgrimy on both Twitter and Instagram.

Ghetts‘ #2 charting album ‘Conflict of Interest‘ is the tree that keeps bearing fruit, with the Plaistow legend now teaming up with Clarks to give away pairs of a special edition Ghetts x Clarks pair of the iconic Wallabee shoe, with the lucky winners being able to meet the star and receive the creps, a signed shoebox and a physical copy of the album. With the collaboration announced, Ghetts also gave a nod to the shoe in his latest music video for Hop Out (but more on that later).

After a brief hiatus from music, Meridian Dan is back with another massive track titled ‘Teachers Pets‘, featuring some massive names, with verses from fellow North Londoners President T and JME, alongside Sir Spyro on production duties. Meridian Dan has a talent for dropping massive tracks, as previously shown with German Whip, and ‘Teachers Pets‘ is a track of the same calibre as the three MCs drop powerful verses with their trademarked flows, bouncing off each other with chemistry forged through years of friendship and collaboration.

After announcing the title of his upcoming project ‘Glow In The Dark‘ on Twitter, Manga Saint Hilare has gifted us the first single release from the upcoming project, an eerie, almost extra-terrestrial offering titled ‘No Hard Feelings‘, produced by Dunman and featuring a verse from Mercston. Manga brings forth the rapid flows and razor-sharp wordplay that he’s known for over the easygoing instrumental while spitting deeper bars about his motivations to keep going, before Mercston comes through with just as much tek, keeping the standards high throughout the track.

It feels like almost every week we talk about Ghetts and his (absolutely incredible) album ‘Conflict of Interest‘ here at Keepin’ It Grimy, and with good reason, as the man just keeps blessing us with content week after week. This time around, Ghetts dropped cinematic 2-in-1 visuals to his tracks ‘Hop Out‘ and ‘Fire & Brimstone‘. Kicking off with a black and white flashback to his younger years for the reflective track ‘Hop Out‘, leading into a high-octane, petrol-fuelled, motorsport showcase of Ghetts, Dizzee Rascal, and friends letting loose with their off-road vehicles.

The “Camden Lad” PK has dropped a brand new project titled ‘Street Symptoms‘, an experimental project where PK diverts from the traditional Grime sound and takes a more laid-back influence from early-2000’s UK Rap. The 8-track project comes with PK‘s 3 latest single releases, ‘Favela‘, ‘Hustle & Bustle‘, and ‘Reh Teh Teh‘, with PK hailing the sound of the album as “8 tracks straight out the ghetto“.

A couple of days before the release of the full ‘Street Symptoms‘ project, PK gave us the trippy visuals to one of the previously released singles on the EP, with the almost psychedelic video to ‘Reh Teh Teh‘. PK glides over the chilled LTTB production, but don’t let that fool you, as the Bad Ombré spits pure greaze throughout the track, bigging up his fellow YGG members and his own street cred.

Another big project landed this week, with Queenie dropping her highly anticipated EP ‘Forté‘. The 6-track project is another experimental one, with Queenie pulling out different flows for every track. Alongside the previously released ‘Anymore‘ and ‘One Thing‘, the Forté EP has Queenie refine her story-telling abilities with slower flows and hard-hitting bars, as well as trying out less conventional sounding Grime sounds on tracks like ‘Climate‘.

Pirate Studios has been the home for many upcoming Grime artists to create content or to hone their skills as MCs or DJs and now are going to new heights, with a world record attempt for the Most DJs back-to-back in one set, as announced by DJ Snoopa. If you are a DJ and are interested in taking part, sign up HERE.

London based or looking to travel.. lets gooo

Sir Spyro‘s latest upload is a freestyle taken from his latest show on BBC Radio 1xtra, this time joined by some of Manchester‘s finest MCs in the form of K.I.M.E, P1Cap, Rago Loco, Fumez, and XP. The video kicks off with a sick b2b from K.I.M.E and P1Caps, with the legendary Spyro spinning riddims from revered producers such as Silencer, Swifta Beater, Footsie, Skepta, and so many more, in a 45-minute showcase of the abundance of talent coming from 0161.

Mob Set member Squintz has gifted us with his latest release ‘Upside Down‘, a transformative Grime banger produced by Duppy. The North London MC ups the pace with this track, rattling off rapid bars and switching up the flows throughout. Squintz lets us know he’s tired of unoriginal MCs, telling them “If I had no culture, I’d copy other MCs too, if my life flipped upside down, SQ still wouldn’t be like you“.

The best way to describe the music created by Low End Activist is “mutant Grime”, as the producer often transforms the conventional Grime sound with heavy dubstep influences, which has gained him features from renowned Grime MCs such as Trim and Flowdan. Joining that roster of MCs as Low End Activist‘s latest feature is Razor, as the duo collaborate for ‘Get Dark‘. Razor brings some of his signature reload bars, alongside a bag of freshums over the dark and thumping instrumental, for the track released via the Sneaker Social Club label.

Izzie Gibbs hit 20,000 subscribers on his YouTube channel over the weekend and, in celebration of the feat, dropped a brand new freestyle, aptly named the ‘20k freestyle‘ on the channel. Despite Izzie recently exploring new sounds, the freestyle draws back to his earlier days as a Grime MC in the emotion-driven video, as the Northampton MC fires off a rapid flow over the instrumental produced by Izzie Gibbs and K1.

Staying very active throughout 2021, Mayday has dropped another new banger, this time in the form of the heavyweight ‘Steeze‘, produced by DubzCo. Mayday brings his signature flow to the track, riding over the heavy bass wubs and trappy drum patterns with direct bars and slick wordplay throughout the tune, with a catchy hook to boot.

After the warm reception of his first EP ‘all I wear is tracksuits‘ earlier in the year, breakthrough producer Groundhummm is back with another new instrumental project, this time with the 3-track ‘De-Repressed‘. Each individual track has clear sonic differences, with the opener ‘Trackie Wardrobe‘ drawing heavy inspiration from darker dubstep sounds, before the mellow drum-n-bass styled ‘Don’t Judge My Drip‘, then ending the project with the equally mellow title track ‘De-Repressed‘. Speaking on the inspiration behind the project, Groundhummm says “These songs represent to me how my mental health has grown, how I’ve learnt to accept myself for who I am and the people who have helped me to do this“.

J Beatz continues his series of remixing the biggest UK Drill bangers in the latest instalment of ‘#DrillVsGrime‘, this time giving a new instrumental to M1llionz‘s ‘Y PREE‘. Taking the original bass-heavy instrumental and flipping it into an uptempo Grime banger, the series continues to prove the relation between the two ground-breaking genres, in a track that breathes new life into the already massive original tune.

EnglishG has dropped three new instrumentals on his Bandcamp over the last week, with the releases of ‘Katana’, ‘Nada’, and ‘Around Here‘. The three tracks are powerful offerings in their own right, with distinct sonic influences, kicking off with the East-Asian themed ‘Katana‘ complete with the region’s string sounds, before being introduced to the dark and orchestral ‘Nada‘, rounding off with the bass-heavy ‘Around Here‘. The three tracks are all solid instrumentals in their own right and we’re excited to see what the producer drops next!

After a brief hiatus, L.Tee is back and launching his own YouTube channel (a trend proving increasingly popular amongst musicians), celebrating the launch of the channel and his return with a quick freestyle. Flowing over the jazzy instrumental produced by Vin, L.Tee fires off countless punchlines, setting the bar high for future music we’ll see from the MC.

Philly B dropped his most recent track on his YouTube channel over the weekend, the ‘Breakthrough Freestyle‘ produced by HITPOINT. The Northern spitter brings slick flows and wordplay over the mellow instrumental while reflecting on his motivations to the grind and his outlook on life.

To end off our list, we thought we’d leave you with a deeper piece of media to listen to, with an excerpt taken from our very own El Formosa‘s debut show on Mode FM, highlighting her ‘Mental Health in Music‘ interview with the ever-talented photographer Cicely Grace. The pair have an open conversation about Cicely‘s career and the impact of the COVID-19 lockdown restrictions on both her mental health and her work life, before a moving conversation about Cicely‘s experience in a physically abusive relationship and the effects it’s had on her. The conversation is a fresh light on the often ignored struggles that many people go through and the ‘Mental Health In Music’ series serves as a huge step in removing the stigma and opening the door to more conversations like this in the future. If nothing else on this list caught your eye, be sure to check this out below. 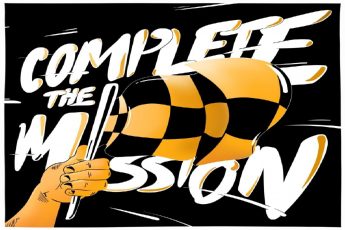 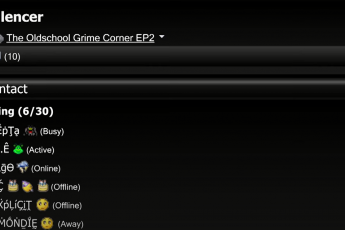 « Previous post
VIDEO: Shay D and P Money drop the visuals for ‘Slice of the Pie’
Next post »
NEWS: 1 year since Footsie’s album ‘No Favours’.